The year is 2035 the world is chaos. The European Union has split apart following the financial collapse of Greece and Italy, the Political Collapse of fractured Spain, and the Exit of the Brits. Russia has amalgamated most of Eastern Europe under their control and Turkey (now a nuclear power) is their staunch ally. WW 3 broke out two years ago when the United States President Ahlid Bubahr declared war on China. The Allied powers (US, UK, and France) are fighting the New World Powers (China Russia Turkey and Brazil.)

Sick of all this war and disruption a gang of refugees joined together and sailed away to a mysterious period of the world. They found an island that for some reason no one had found before. They settled there. They are a coalition of Brits, Americans, Canadians, strangely conservative dutch people. Some people actually don’t even define themselves with established nations identifying under pseudonyms like Applesians, and Mafians. Now they have congregated together in this new continent. 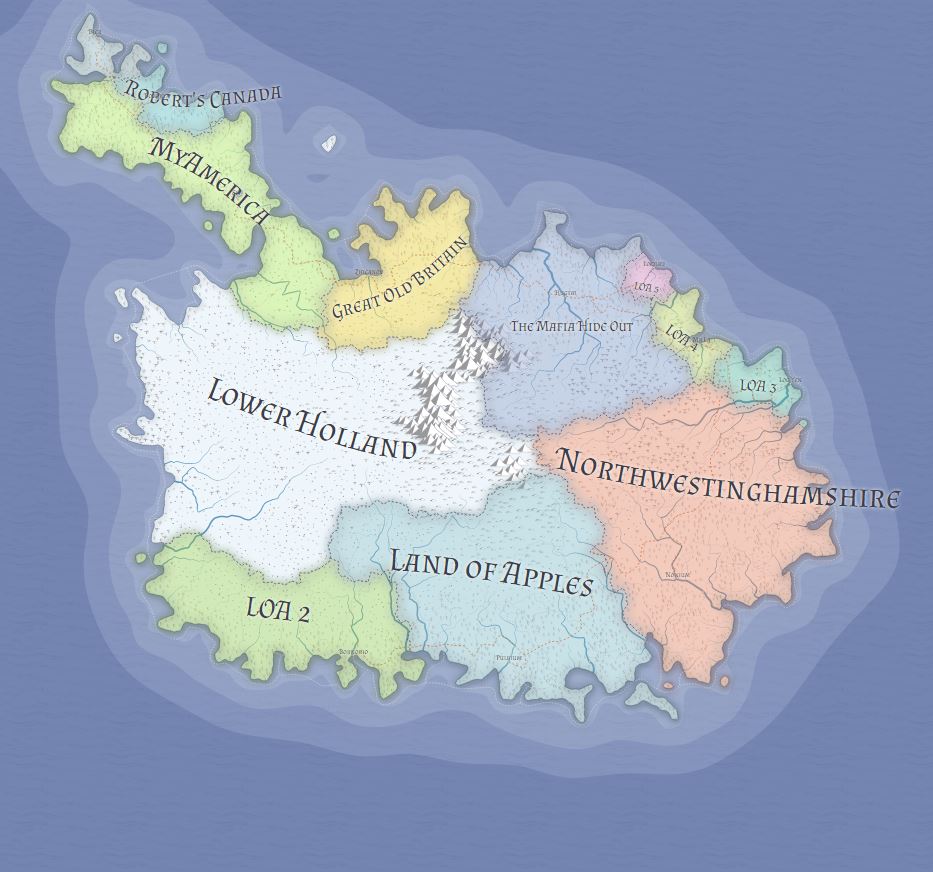